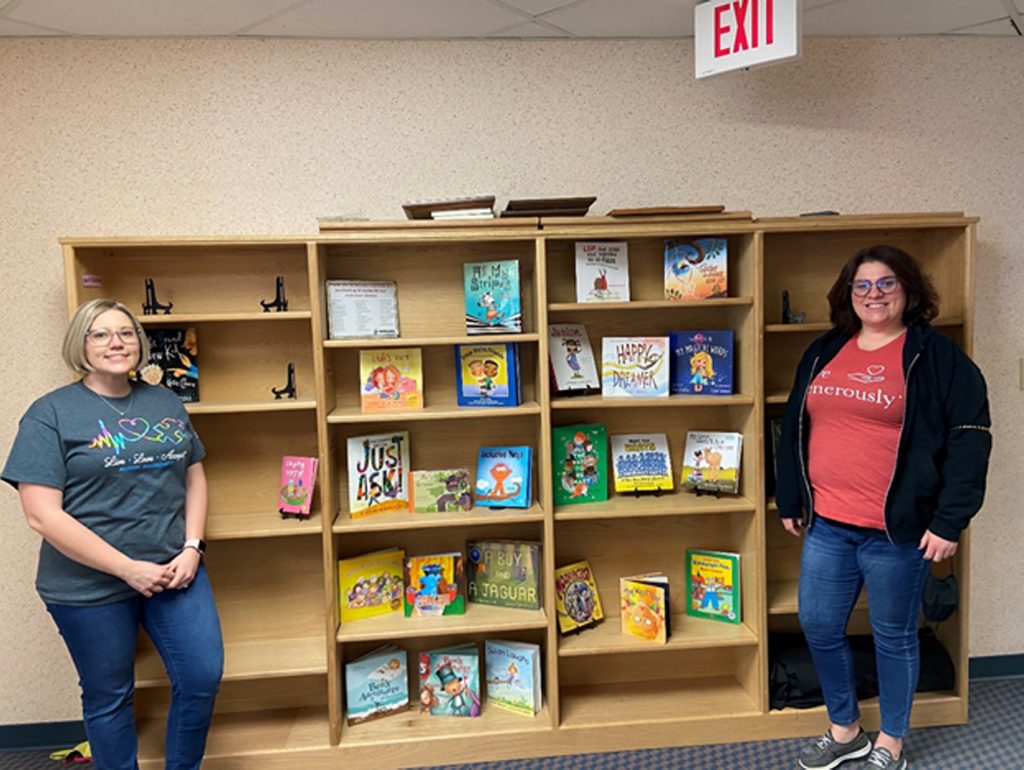 Northside Elementary School (K-2nd grade) in Hartford City, IN now has a new inclusive library for students, teachers, and parents to read and share about different abilities (also known as disabilities) thanks to an idea conceived by Ms. Pauley, Northside’s School Counselor, and Mrs. Myron, Northside’s Speech-Language Pathologist. Ms. Pauley and Mrs. Myron were sharing that a good number of students were asking questions about Autism Spectrum Disorder, Blindness, ADHD, as well as a number of other different abilities. They decided that one way of sharing information would be through developmentally appropriate books. The books can be read to a whole class, used in a counseling session, used during speech-language therapy, or checked out and read at home. The inclusive library has been set up in the first grade hallway where it is passed numerous times per day by kindergarten through second grade students. Although the library has only been up for about one week, several books have already been checked out. In fact, Mrs. Myron stated that the day she was setting up the library, a second grade classroom was waiting in line in the hallway and the students were eagerly asking about the books and when they would have an opportunity to read them.

Mrs. Myron shared that some of her students on the Autism Spectrum Disorder were asking why some children they had in class were acting a certain way. She recognized that this library would be a good way to share about different abilities with students on the Autism Spectrum Disorder without the information appearing too clinical. Therefore, Mrs. Myron wrote a grant proposal and submitted it to Interlock ECI, an autism resource and support group based out of Muncie, IN. Mrs. Myron’s grant application was approved and the first 25 books were purchased by Interlock ECI. 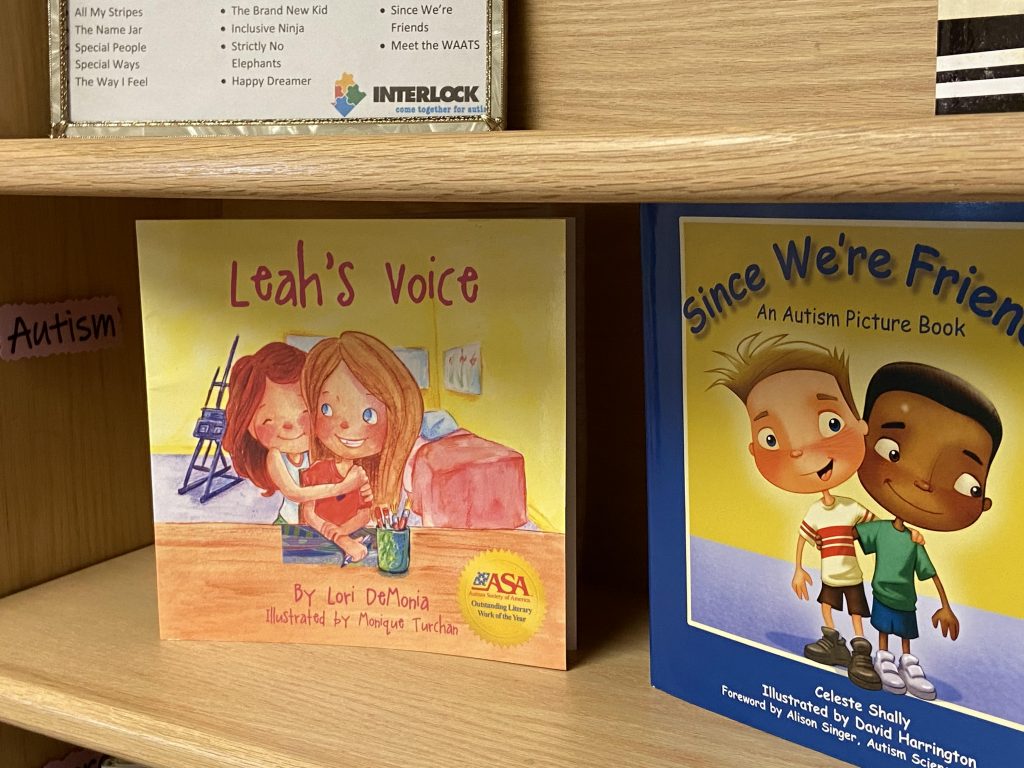 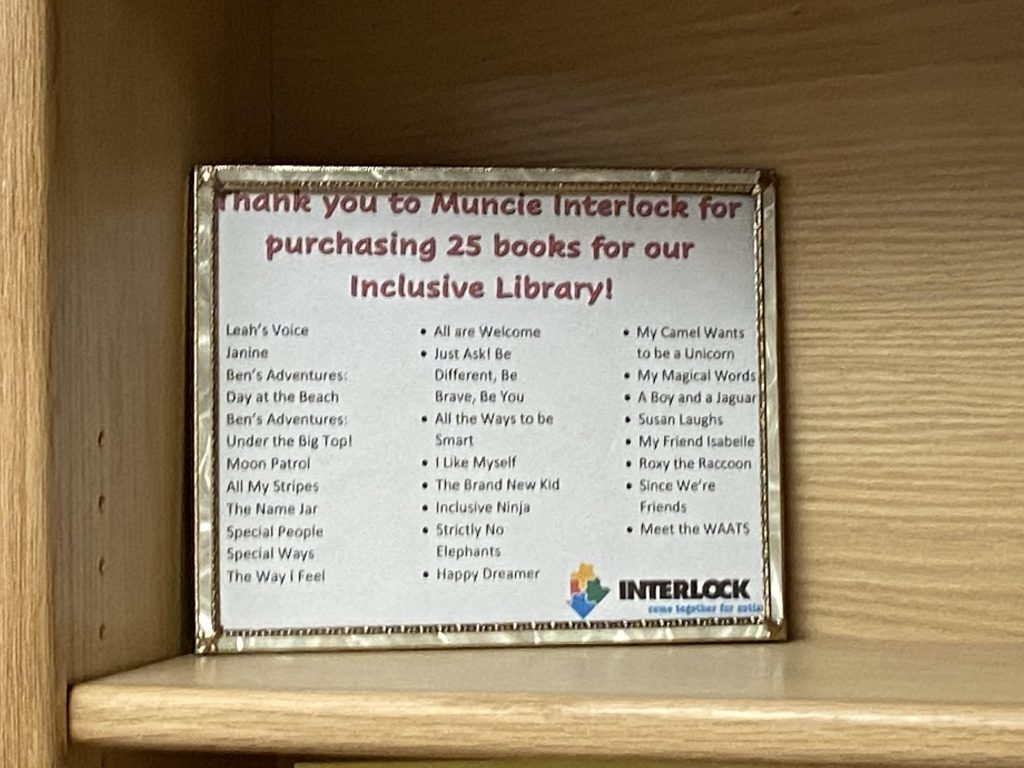